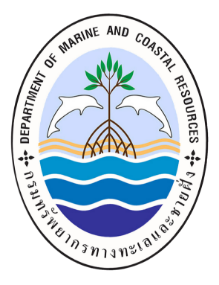 The oceanography of the Gulf of Thailand

The Gulf of Thailand is characterized as an estuary of drowned river valley with the seabeds which was once emerged above sea surface. On the sea bottom, there are ancient deep channels connected to present rivers such as Mae Klong River, Bang Pakong River, Chantaburi River etc. The fresh water from four major rivers, Mae Klong, Thachin, Choapraya, and Bangpakong, all flow into the upper Gulf of Thailand, meanwhile, the gulf is also supported by minor rivers from the east and west parts of Thailand and is the basin of deposited sediments from those rivers.  Based on the surveys of the Hydrographic Department, Royal Thai Navy, it’s indicated that sandy mud or mud is appeared the center of the gulf while some parts in the Western Gulf of Thailand are covered by sandy mud, muddy sand, and sand. The details on the oceanography of Thailand’s coast (Royal Thai Naval Academy,B.E. 2550) are as follows:

Depth of the seabeds

However, the difference of water density causes oceanic circulation in both horizontal and vertical direction. According to the study of Sverdrup, Johnson, and Fleming (1942 cited in Thai Royal Naval Academy, B.E. 2550), it was found that oceanic current in The Northern Hemisphere will flow perpendicularly to the slope of the density of water surface. The lower density is on the right-hand side of the observer who is facing toward the flow direction.

Diurnal tide cycle is mostly found in the Gulf of Thailand where only one high and one low tide each day occurred. Since the Gulf of Thailand is shallow with rough seabeds, the movement of tidal waves is not consistent; when the waves approach the shorelines, they will then move back to the sea again and interfere to other waves. As the results, only single low and high per day is remained. Some locations experience a mixed tide where two uneven tides a day, or sometimes one high and one low each day are occurred. The high and low tide reported by the Tidal Monitoring Station of Hydrographic Department, Royal Thai Navy at Ko Prab, Surat Thani Province were about 2.9 and 0.32 meters, respectively. The tidal range was 2.61 meters (Hydrographic Department, B.E. 2556).