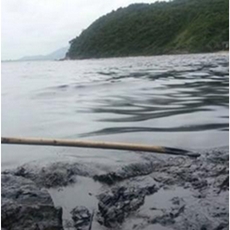 Oil spills in the sea

The accidents of oil spill in Thai waters were caused to the different level of damages which varied according to amount and type of oil, location, topography, distance from the coast, environmental condition, depth, wave, tide, wind velocity and direction, temperature, period and floating substances (rope, garbage, sea weed etc.).  The succession of oil spill management is depend on suitable and sufficient equipment, skillful operators, procedure, communication, planning, supported data for prediction of spilled oil and excellent corporation of responsibility organizations.  These will be led to acute or chronic damage to the marine environment, living organism as well as  marine and coastal resources.  The marine and coastal resources consisted of marine organism, coral, sea grass, mangrove, aquaculture areas, dirty and unattractive and unpleasant to look for beach. Between 1973-2015, 247 of oil spill accidents along the Thai coast were recorded by Marine Department of Thailand.  These areas were consisted of Bangkok, Samut Prakan, Samut Songkhram, Chon Buri, Rayong, Chachoengsao, Chumphon, Prachuap Khiri Khan, Surat Thani, Nakhon Si Thammarat, Songkhla, Narathiwat, Phangnga, Phuket, Krabi and Satun province.  The most frequency of oil spill was founded at Bangkok (89 times) followed by Chon Buri (53 times), Samut Prakan (38 times), Rayong (23 times) and Chumphon (12 times) respectively. However, four of twelve large amount of spilled oil which over than 20 tons of oil and led to serious effects to marine and coastal resources and environment were occurred as follows; On July 27, 2013, accident of single point mooring (SPM) of PTTGC company by broke pipe at Meuang district, Rayong province, releasing 50 tons of crude oil into the coastal off Rayong province, Gulf of Thailand 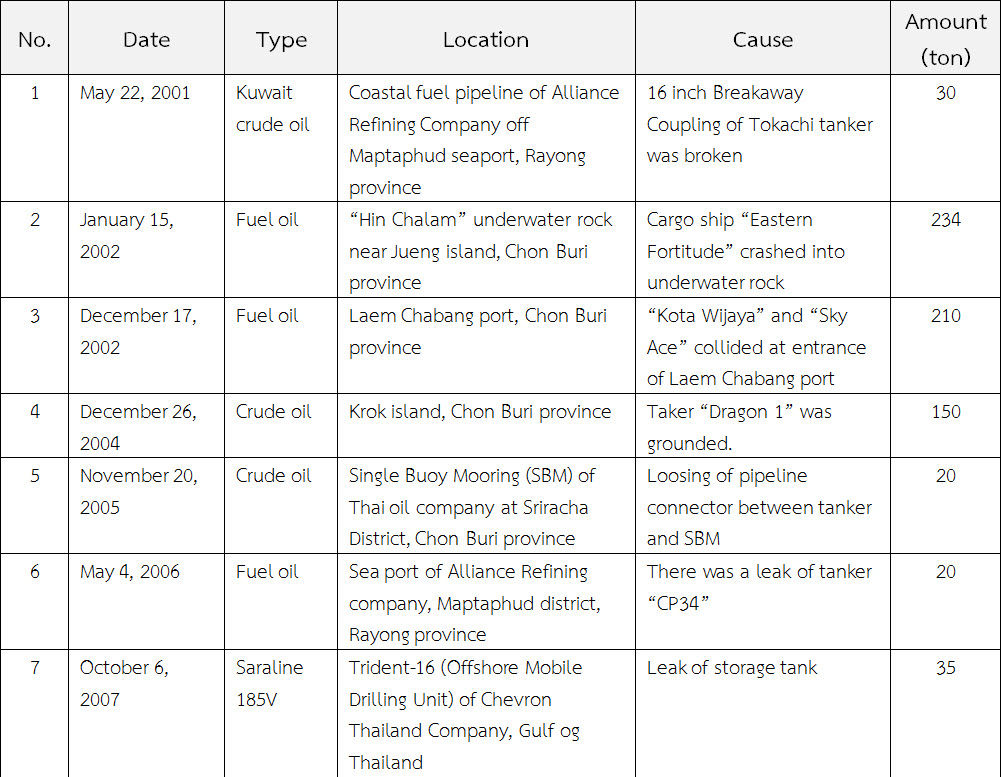 Table 1    Records of oil spill accidents releasing the oil amount over than 20 tons in Thailand since 2001. (Source : Marine Department of Thailand)

During 2004-2013, Department of Marine and Coastal Resources have been monitoring the contamination of oil in sea water off Gulf of Thailand and Andaman Sea using total petroleum hydrocarbons (TPH) as indicator.  The sum total of thirteen incidents were recorded. The nine of thirteen incidents were detected in Eastern part of Gulf of Thailand consisted of 2004 (one), 2005 (two), 2006 (four), 2007 (one) and 2011 (one). The Andaman Sea, extended from Ranong province to Satun province, was detected only one incident in 2010. The contamination levels of TPH were ranged from 0.01 and 48.07 µg/l (as Chrysene equivalent).  The most of contamination levels were over than the coastal seawater quality standard by Department of Pollution Control of Thailand (PCD, 2006). In 2015, a total of eight oil spill incidents were recorded in eastern Gulf of Thailand with six records in Rayong province and two records in Chon Buri province. However, only two incidents were known the sources whereas one incident was presented in record by Marine Department of Thailand. (Table 2) 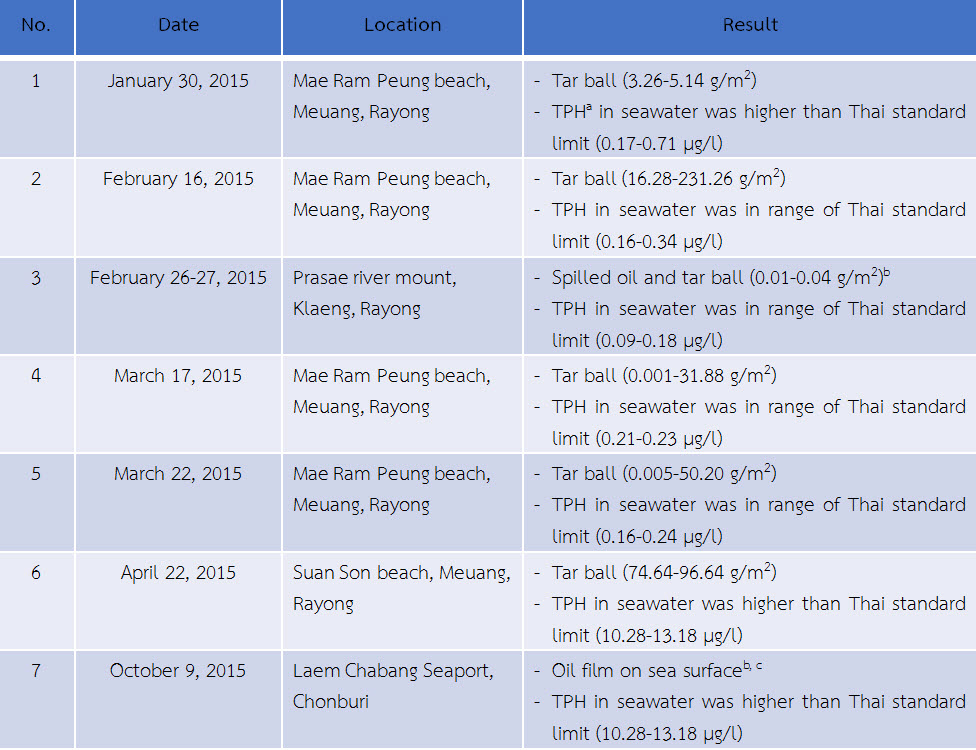 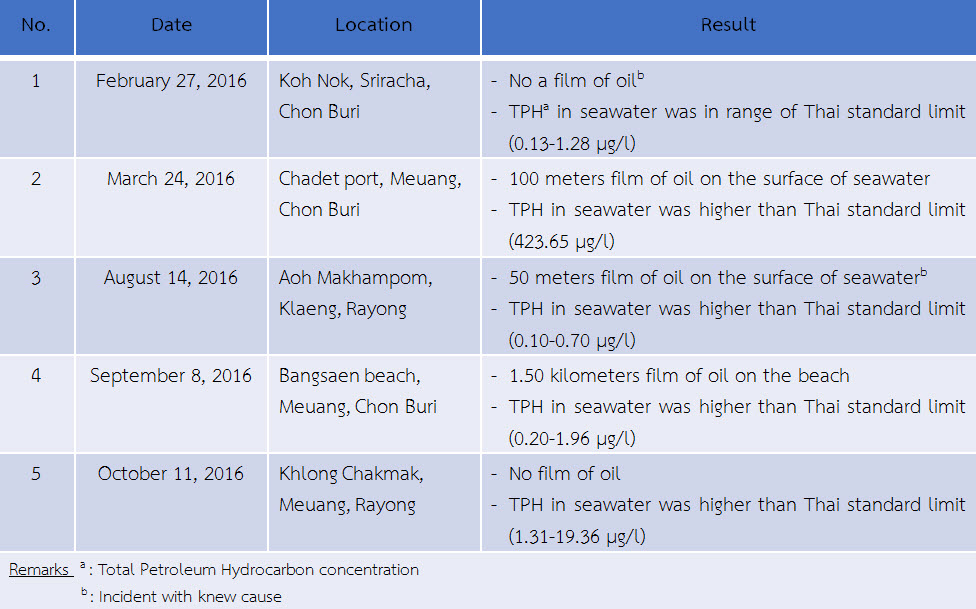 Upper Gulf of Thailand Only one oil spill off Samut Sakhon province coast was recorded. (Table 4)